ON THE BIKE AGAIN 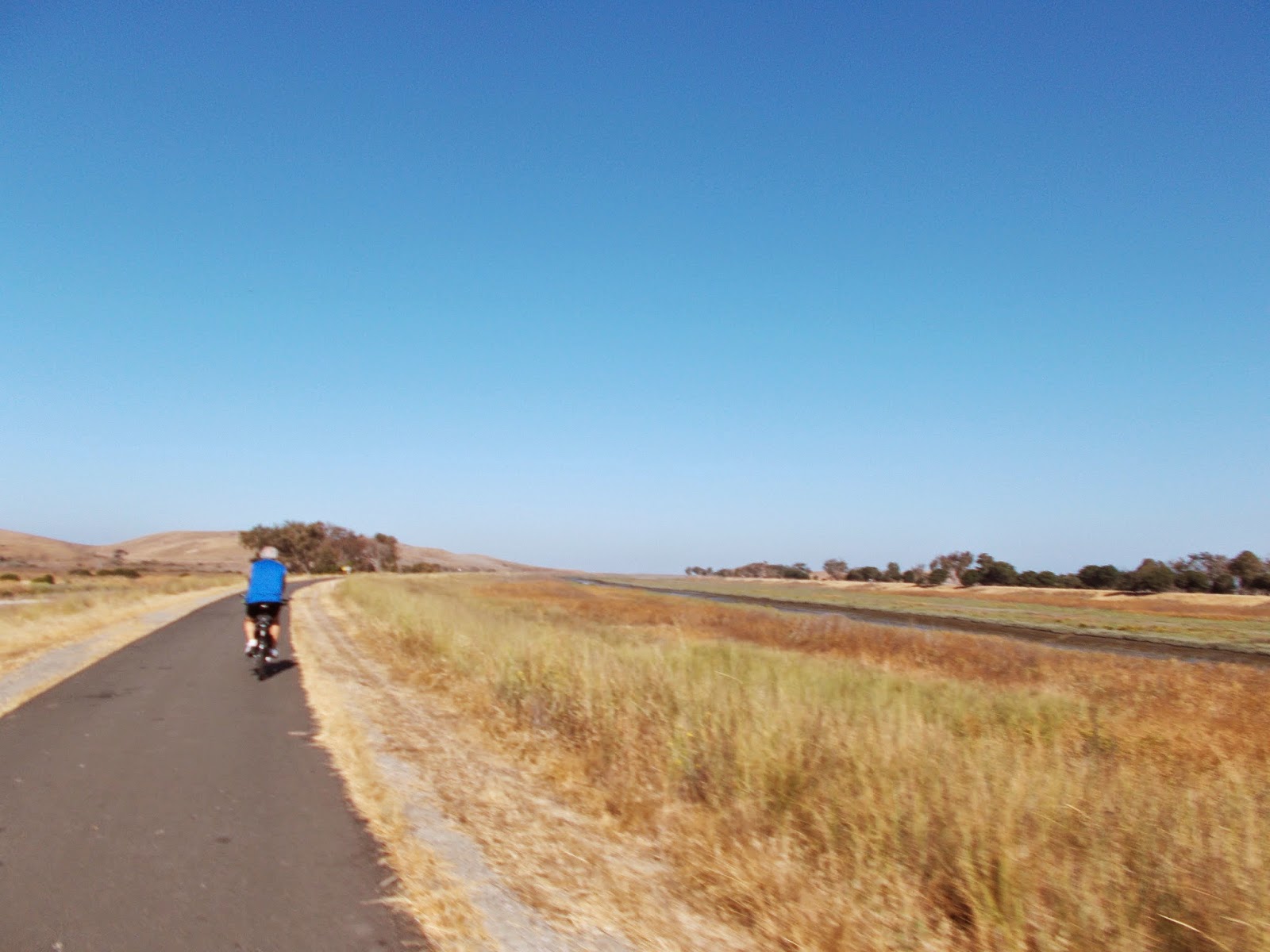 We have not been out on the bikes much this month.  I managed to hurt my back and spent a week or so babying the spasms, hunched over crab-like during the work days and alternately on heat and ice in the off hours. It's better now, but heat, visitors and life have also filled the weekends this month.

We finally ventured out on a new path this Saturday morning.  We left very early so we could be safely tucked into our air conditioning before the predicted 95 degrees descended.

We parked in Niles and hopped onto the
Alameda Creek Trail heading for the Hayward coast.  The trail is mostly flat and well paved.  We were heading for the coast, so there was a headwind, but at least it was cool.  Others on the path were sparse, friendly and well behaved, which made it a real pleasure.

The paved trail ends at the Eden Landing Ecological Preserve, a large marsh land which occupies space between the San Mateo and Dumbarton Bridges.  We looked over the bay toward the path we have frequently biked between San Mateo and the SF airport!  It was a bit hazy, but it was fun to be on the other side of the bay, looking over to the side where we have spent so much time.

We finished the 25 mile round trip more slowly than we have in the past - we are out of conditioning!  Hope to be back our on the bikes next week and get those legs back in shape...

Things I have never done and don't think I will - thought I have always told my kids "never say never..."

1.  I have never seen a Planet of the Apes movie and I will not see the new one coming out - really Hollywood?

2.   I have never taken a selfie.  Maybe the occasion will come up, but I will never buy a "selfie stick" in order to make myself look thinner when taking a selfie. 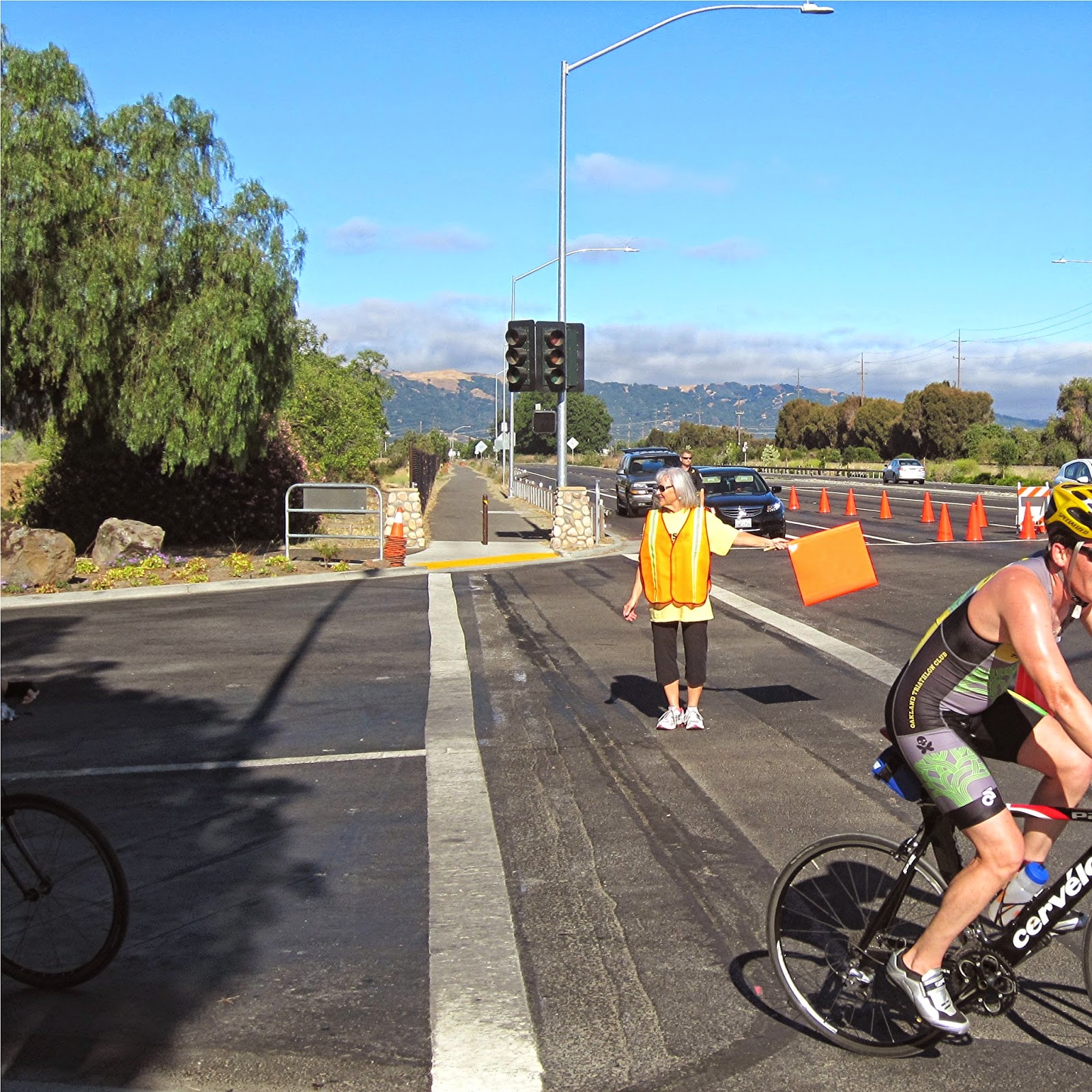 3.   I have never eaten a funnel cake or deep fried watermelon or Twinkie.

We went to the fair and there was so much food, food, food - some interesting and enticing stuff, though the 90 degree heat made for the longest lines for frozen lemonade and ice cream...  I did indulge in a frozen banana. Yum.

4.   I have never participated in a triathlon -   Except as a Course Marshall trying to keep the cars from hitting the bike riders.  On the way back they had to cross 5 lanes of traffic.  It was just Tom, me and 1 traffic officer.

5.  I never thought Joan Rivers was funny - the fact that she has made herself rich and famous for being  mean and hateful, especially directed at women, really bothers me.  That she can't take criticism does not surprise me.