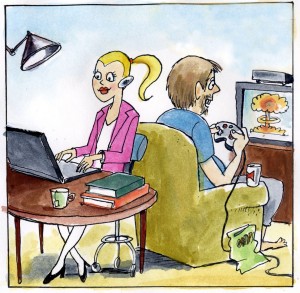 Fox news has joined in on the junk science of the "war on men" in an article by one of those odd women like Phyllis Schaflay who want to protect women from losing their rights to be "dependent housewives" while themselves being working professional women.

Statistics have been floating around about more women than men pursuing higher education, young women enjoying "higher levels of success" than young men and fewer men valuing marriage and family as much as women.  The reason, according to Fox News writer Suzanne Venker, isn't that the achievements of women have made men less valued:

It has pissed them off. It has also undermined their ability to become self-sufficient in the hopes of someday supporting a family. Men want to love women, not compete with them. They want to provide for and protect their families – it’s in their DNA. But modern women won’t let them.

On a personal note - I say "I'll let you!!  I will give up my dead end boring stupid job that I do so our family can have medical benefits!!  Provide for me!  Protect me! I'm all in."

Got that out of my system.

I am not one of those modern women of which she speaks, I know she is speaking  of young women who have managed in ONE generation to twist male DNA into shreds due to efforts to educate themselves and be economically and socially independent.  I suppose my generation started it by saying to our daughters: You can be anything you want when you grow up you just have to get a good education and work hard.  And when it comes to having a family, well, there are going to be hard choices to make.

Wow - who knew how powerful we were? We wanted our daughters to be able to support themselves in case they didn't marry or theirs was one of the 50% of marriages which ended in divorce - and BOOM we changed men from loving, protective providers to slackers.

I can't wait for all the lovely women in their 20's and 30's to just quit their jobs, buy some cookbooks and dusting cloths and through the power of "surrendering to their femininity" magically turn all those gamer guys into productive members of the working class ready with a ring.  Paying rent in the meantime may be an issue - but hey, anything to help the guys find their way back to their true nature...

THANKSGIVING IS THE NEW BLACK 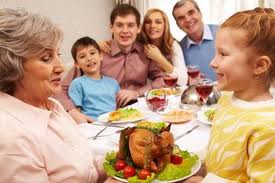 Last year I remember a petition online sponsored by a Target employee asking for support to stop Target from starting "Black Friday" on Thanksgiving night. Last year Target opened at 11pm, this year they are opening at 9pm.   This year there are now 2 dozen petitions by retail employees asking that stores allow them to spend Thanksgiving with their families and not at work.

I'm with them.  I think this rush to get people away from their families and into the stores is just wrong. And, apparently, these early shopping hours do not even help the bottom line sales. According to the Wall Street Journal, the early store openings just take sales away from the first week or so of December (while shoppers wait for the next round of discounts to be taken) and have not had the effect of causing shoppers to spend any more money than they have in the past 5 years. 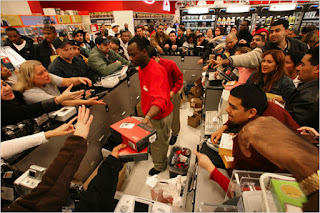 A Walmart spokesperson said that their customers like the Thanksgiving night store hours because they can get their relatives to babysit while they shop.  Now there is a reason to invite Aunt Bridget to dinner...

So who is responsible for this invasion of holiday tradition?  Overeager consumers who will run out to shop on Thursday night instead of waiting until 5 am on Friday?  The stores which open earlier and earlier (now a whole day earlier) to accommodate them?

It just reeks of bad behavior on both sides. But maybe I just don't get it...what is the thrill or allure of "early" shopping?

WHAT'S UP AND DOWN

I haven't been very active online because I have made a lot of changes in the past couple of months.  As I mentioned before, I underwent weight loss surgery in late October.  In preparation for that  and because I had gotten the word that I may no longer need the medication, I slowly, over 2 months,  weened myself off the SSRI I have been taking for about 14 years for atypical migraine. The medication had a side effect of raising blood pressure, so I have also been on blood pressure meds for 14 years.

Well now I am down 40 pounds, I am off all medications and although my BP is only in the "fair" range, I am sure it will improve when I am completely healed and can get back into exercise in a more vigorous manner.


Coming off an SSRI - I was on Effexor - is not easy.  I am still, 5 weeks since my last tiny dose, experiencing side effects.  I did a lot of research on how to come off Effexor because it seems the medical community, including my doctor, does not know how debilitating the side effects of even a missed dose can be.  But going online taught me that "brain zaps" and other side effects were not just an issue for me and I got good advice. 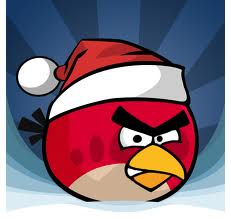 I have been healing and making my way back into normal days since the surgery - 3 weeks ago today. I am back to working 5-6 hours a day before I go home for a little nap.  Naps are new for me.  Never was a napper even when my kids were little.

So - all this good, positive news and yet I am feeling a bit down and negative.  I realized that not feeling good makes me feel cranky and I have to be careful not to dwell in that.  But I came back to my job and don't like it much; I am finding things and people irritating and I don't want to be there all day.

I'm not excited for the holidays. I want to pull the blankets over me and wait until January when all the hoopla is over.  Not like me at all!  So I am hoping two things - One: that as I continue to heal my attitude will continue to improve and, two: that the SSRI I was taking for atypical migraine wasn't also keeping depression at bay without my realizing it!

Time Warp Tuesdays, sponsored by Jenn.  A day to show off the photos we display at home and tell the stories!  Go see the rest of the participants here.

Last week I featured the first "mall" photos of the twins, so in that theme, today I share the first one with all 3 of my kids. 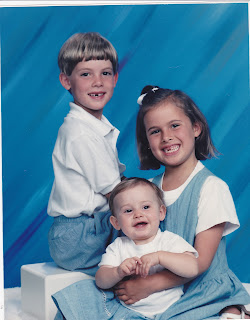 Maggie and Zac are 6 and Ally is almost 1.  She started walking a few weeks before this was taken and it took some effort to get her to stay still.  That's why I don't have one of her alone.  She would not sit still and after her second tumble from the posing platform, the photographer refused to try again.

So when Miss Ally complained about there being more photos of the twins when they were little - I had a ready explanation!  The next time I tried to get all of them in a photo, she made a break for the mall and I ran around trying to catch her while the photographer took photos of the twins.  Sigh.
Posted by Susan at 7:31 PM 5 comments: 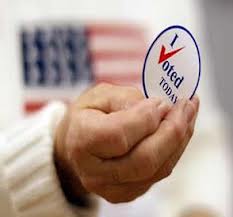 Lowlight on election day?  The older man at my polling place who answered his wife when she offered him her cheat sheet "Oh, I just vote no on everything."

Highlight of my election day? My 19 year-old calling me while on the way to vote. She wanted to ask me about some of the initiatives on the ballot to see if she understood them correctly before voting.

Time Warp Tuesday is Jenn's idea - now we have several bloggers posting photos from around our homes with the stories behind them.  Go here to see who's playing this week!

I missed the opportunity to post a Happy 25th Birthday to my twins last week - so this week I am featuring their first "mall" photos.  And I mean mall photos. 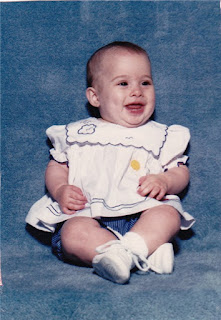 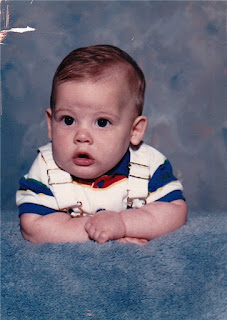 There was a spot in the middle of the mall (a predecessor to the "kiosks" that now fill up all the walking space.)  The set-up  was a table and an easel with backgrounds on it and a photographer right out there in the middle of things. This always made for a crowd willing help distract crabby babies (ahem, Zac) and get involved in the whole enterprise.

Back in the late 1980's, twins were not as common as they are now and we drew quite a crowd.  Maggie sat up, smiled a bunch and that was that.  Zac wouldn't sit and it took a looonng time to capture a somewhat pleasant look - I think he was shy of the crowds hooting and waving at him.

So happy 25th birthday and thanks for all the wonderful memories! I don't even mind how old I feel to have kids who are 25.

My e-mail has been flooded with political stuff, campaign contribution requests from candidates all over the country notifications of Facebook posts, etc.  I delete my way through them a few times a day.  I should have deleted the e-mail my mother sent without looking at it, too.

So this is one of those emails she gets from her friends and thinks is so real, so non-partisan and so illuminating that she sends it to us - her children who are Democrats in hopes we will see the light. My smarter sister just deletes them without looking at them.  I am, apparently, the curious cat who can't help but look. 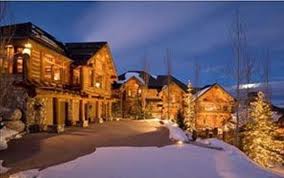 So this e-mail is all about the "real" Romney based on someone who bought one of their vacation homes, contents and all.  Apparently the fact hat the linens were basic department store brands and the bathroom fixtures weren't "gold" and especially that a glove left behind had been patched with duct tape are all indications that:

Romney is very different from the man that many of us have been led to believe. Clearly he is more like most Americans than not. We learned many things about Mitt Romney that contradicted what we have been told. He is not aloof or out of touch. He is a man of faith, family and American values.

The new owners were charmed that there were no maid's quarters or tennis courts and that  there was a picture of Jesus left behind in the master bedroom shows Mitt Romney clearly had a home of faith and family just like the rest of us.


They found some alcohol (forbidden the the Mormon faith) in the kitchen available to guests who do not share their personal restrictions. They took this as a sure sign that:
By not imposing his beliefs on others even within his own home, then clearly a President Romney would not take away rights and impose his beliefs on all Americans. Those making such accusations should stop. The facts do not support their claims.

So wake up all you women who think Romney/Ryan won't impose their views on abortion, birth control, health care, fair pay.  All you folks concerned about  Medicaid, Medicare, Social Security, enriching the military industrial complex, reducing benefits to veterans,  and privatizing emergency services;  all you have to do is look at the window coverings in one of Mitt Romney's 7 homes to see that he is a great guy, just one of us.  He would never take over a company, dismantle it, steal the pension fund and fire everyone.  That stuff has to be made up by the big bad media.

Please let me learn from this and NEVER open one of my mother's emails ever again...